Don't act like you know how much I wanted LJN's SportsTalk when I was a kid.

Because you have no idea. 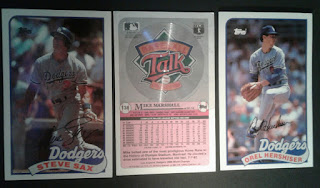 I saw all the commercials. Saw them at the mall. Couldn't afford them. The player was like $25 if I remember correctly and packs of like 5 cards were $4. That was sacrificing alot of 50 cent per pack baseball back then, and alot of days not eating lunch at school so I could save that extra dollar. By the time I had enough money saved to buy the player and a pack, they were all gone. This thing flopped on Nintendo's Virtual Boy levels. I never saw them again. 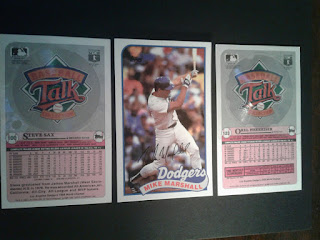 Recently while browsing the Trading Card Database, I ran across a few of the SportsTalk Dodgers and had to have them. Steve Sax, Mike Marshall and Orel Hershiser. I now have a John Tudor and Kirk Gibson on the way as well leaving me needing Tommy Lasorda, Fernando Valenzuela and the Brooklyn Dodgers' Don Drysdale and Duke Snider.

Now to find me a player as well. 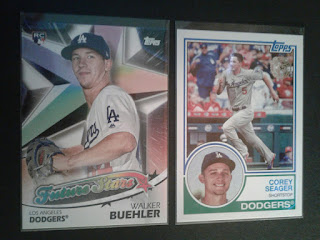 2018 Topps Future Stars Walker Buehler and 2018 Topps 1983 Corey Seager. Couple of more near set killers. Still need Urias and Seager on the Future Stars and Verdugo, Wood and Darvish on the 1983's. 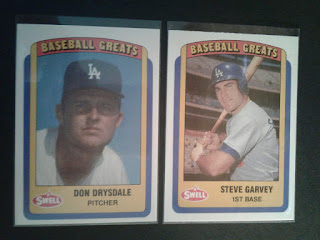 Picked up a couple more 1990 Swell Baseball Greats Dodgers. Didn't really know much about these Swell releases until I started reading the blogs, but I'm hooked now. 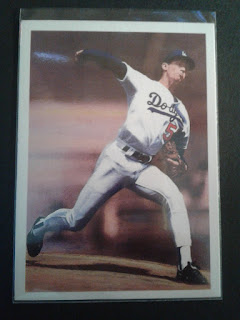 1990 Score Scoremasters Orel Hershiser. Another set I knew nothing of until stumbling across it on the TCDB. 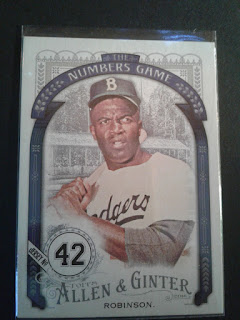 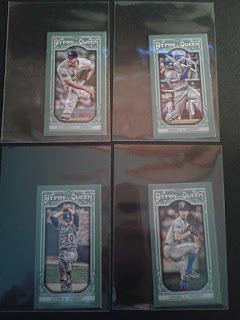 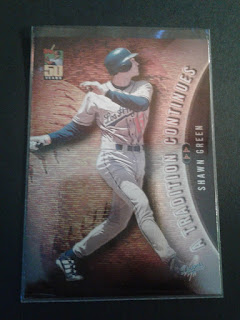 2001 Topps The Tradition Continues Shawn Green. Already have the Kevin Brown. Pretty sure they were the only 2 Dodgers in this set. 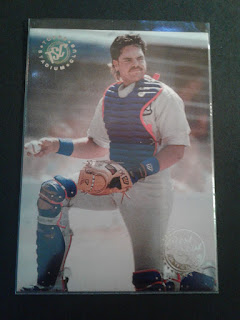 Not many  capture the pure flamboyance of the great Mike Piazza like this one does. 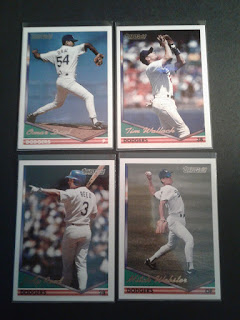 Thank you guys for reading!

Popular posts from this blog 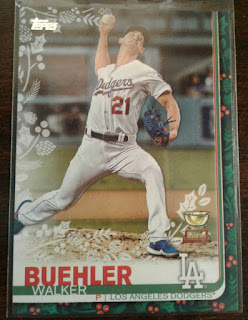 No matter how many times I tell myself I'm not buying anymore Topps Holiday, I always end up buying Topps Holiday. Its a gimmick to get us to spend more money on baseball cards that we probably already own, one way or another. Hot Wheels does the snowflake variation on blister cards to get more sales, so why shouldn't Topps.

This year's Holiday feels more festive. The 2019 Topps design looks stunning with those bright green & red borders complimented by the snowflakes on the opposite side. The first time I saw scans of these, I didn't like them. It's not until you hold them in your hand that you realize how great they look.

The biggest selling factor for Holiday to me is not the color or the snowflakes, but the fact that you usually get all the best rookies from the year all available in one product. With pretty good odds of pulling them.

The 1 in 2 pack metallic snowflake parallels make their return, although they are not very photogenic.

The 1 per blaster r…
Read more 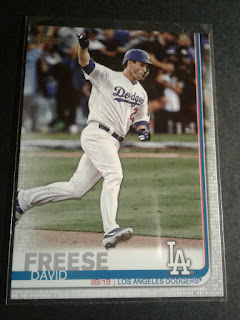 The baseball off season has been pretty lax for us Dodger fans. We didn't land Hamels. We didn't land Rendon. We lost Ryu. Pretty much stole Blake Treinen and Alex Wood, but let's face it, they're not the game changers we were looking for. Then yesterday was a whirlwind of emotions.
We got Mookie Betts. David Price was pretty much a freebie, but while everyone is clamouring because we got them without giving up any prospects, we did give up some great ballplayers.

I forgot to mention that we also lost David Freese to retirement. I admit I was against him being a Dodger, but he sure won me over with his play. Something I wish AJ Pollock would take note of. Seemed like when Freese was in the lineup he always got on base at least a time or 2 per game. And man was he clutch.

Babe Ryu signed with the Blue Jays. Ever since Chan Ho Park and Hideo Nomo, the Dodgers have had a strong pipeline for getting great Asian talent to L.A. 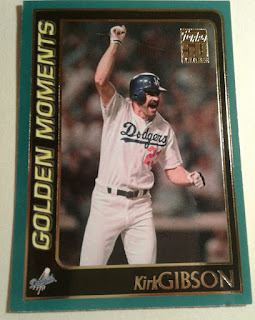 Blast from the past in today's batch of cards courtesy of a member of the baseball cards sub over at Reddit. Also got a Dodger ttm in today, so I'm pretty stoked about that. If any of you can help out, there's a few Dodgers I need cards of for ttm purposes. They are; Don Aase, Kevin Elster, Dennis Powell, Darrin Fletcher, Davey Johnson, Jim Tracy, Bob Lillis, Von Joshua, Ted Power, Jeff Shaw, Terry Adams, Devon White, Tom Goodwin, John Tudor, Jack Perconte, Lerrin LaGrow and Ed VandeBerg.

No matter how many times it gets immortalized on a trading card, this moment will never get old. Kirk Gibson cemented his place in Dodger Legend. This card is from 2001 Topps Flagship.

I had forgotten all about these cards, but when I was a kid, a couple of these came with packages of sheets whenever you bought them. Most of the ones I had as a kid were orange bordered, and I don't think I ever had one of Jackie.

As much as the 90's upped the weirdness in trading cards, it also u…
Read more